How ‘fair is Fairtrade – The human costs

Is Fairtrtade as ‘fair’ as you think?

I should start this article by saying that I am far from the most informed about this subject. There are several people in the industry that are better equipped to tackle this complex issue and I must point out that these words are not designed to be comprehensive or to break new ground, but simply to put the topic back out there for discussion. One such person is Mike Riley of Falcon Coffee who I had the pleasure of meeting in April after a talk he gave on ethics in the coffee industry. Much of what you are about to read is inspired by the issues he raised.

How fair is Fairtrade – coffee farmer

Although this article has been brewing since then, the timing was inspired by a recent news story I read that questioned just how ‘fair’, Fairtrade actually was. It suggested that the organisation was hampered by excessive red tape and sometimes actually failed outright to deliver to farmers the above market rate rates that it was established to provide. This has been known in the coffee industry for some time but it is probably a pretty shocking revelation to the average consumer. Fairtrade came into being during the coffee market slump of the late 90’s when prices were so low that in many cases farmers were forced to sell for less than the cost of production. An arrangement to pay over the odds to protect these farmers was therefore well intentioned but with coffee prices now at an all time high, the Fairtrade system is maybe not as appropriate as it once was.

Indeed, locking farmers into a system of dependency on outside influences could be seen as a negative – preventing as it does their growth towards independence and self sufficiency. It also has the effect of dividing communities into ‘haves and have-nots’, based upon their abilities to comply with the regulations imposed by the Fairtrade organisation. This is a contentious and complex subject and I’m not saying that Fairtrade is a bad thing per se – just that there are no simple answers and that merely looking at labels doesn’t tell us the whole story.

What I will say is that I personally prefer not to buy coffee simply on the basis that is purports to be ‘fair’. I would like instead to buy the best coffee that my budget allows and see a situation in which this premium is passed directly on to the grower. Cheap coffee is like cheap clothes or footwear – there is always a human cost to pinching those pennies. Farmers need to be financially incentivised to grow better coffee, and the only way we can do this is by paying a bit more for a better product. If Fairtrade coffee is poor (and in my experience it quite often is), then the farmer who grows it is incredibly vulnerable to having the support of the Fairtrade organisation withdrawn. Without that stamp his product wouldn’t have a buyer.

So, lots of problems but no solutions? Well no easy ones at any rate. My advice would be to look outside the bag (as it were). Investigate all of the ethical badges on the market – Rainforest Alliance and Coffee Kids are both very worthwhile alternatives. Best of all, find a coffee supplier who can provide traceability in their sourcing. A good green bean importer will find those farmers who grow good coffee and pay them properly for their labours. This is known as ‘direct trade’ and long term is probably the best way of protecting farmers and their communities. ‘Direct Aid’ is another increasingly popular way of buying coffee ethically. Cafes and consumers who give donations directly to charities in coffee producing regions can be a part of improving the lives of people in these areas without requiring the coffee they sell to carry any particular badge or logo.

Although we can all do more, I am very happy to say that at Café Amore we do a little of each of these things. We do have both Fairtrade and Rainforest Alliance products in our range, and our close relationship with our roaster ensures we know a lot about where our coffee comes from and how it is traded. We also donate to a wonderful CarbonZero project in Kenya that provides energy efficient domestic stoves for rural communities. The reduced emissions not only save lives but mean that since 2008 we have been Carbon Neutral. It’s a great start to becoming more ethical, and if we all pay a bit more attention to what’s in our cup and how it got there we can go to bed safe in the knowledge that it’s only the caffeine that’s keeping us awake at night.

Read more about this on the Guardian Website  – Fairtrade accused of failing to deliver benefits to African farmworkers.

Summer is officially here and there is nothing better than firing up the BBQ, sunbathing and cooling off with a refreshing iced cold coffee. Hang on, the guy sat next to me has a confused look on his face, does he think I said: “iced cold coffee” rather than a nice cold alcoholic beverage? This […]

Coffee and Vending in a new world

It seems that we hear the saying ‘the new norm’ on a daily basis at the moment, whether it be with our visit to the shops, meeting with family and friends, or even picking up a cup of our beloved coffee. We have seen several innovations over the past few months, accelerating projects that we […] 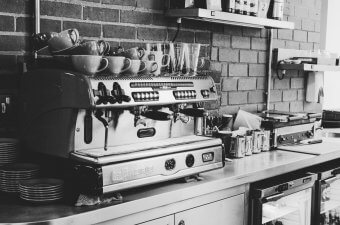 With the help of RSL, we now have a machine that meets demand, makes a delicious drink and is easy to use. We’re delighted with the service that we are now looking to add further machines to different areas on campus.

I would recommend Refreshment Systems to any car dealership that is looking to enhance their customer experience with a high quality drink offering of bean to cup. We have worked with them for a number of years and installed a new machine last year which we could not be happier with.