These days the once favoured meat and two veg seem to quite cut it. With intolerances, allergies and new, exciting produce arriving from across the globe, the world of food has never been more intricate, interesting and let’s face it, incredibly confusing.

With food and drink outlets needing to provide for a multitude of wants and needs, let’s take a look at these emerging and growing trends.

Vegetarians don’t consume meat in any form, or foods that have been created from meat, such as lard and some gelatines. Therefore, vegetarians have to be careful to check food labels on cheeses, sweets, crisps and other processed foods.

There has often been debate as to whether vegetarians eat fish. By the correct definition, no they don’t. This would be classed as , a lesser known diet wherein the followers don’t eat meat but do eat fish and other seafood. The confusion relates to how pescatarians view ‘meat’ as flesh from a mammal, therefore they could possibly consider themselves a vegetarian.

Around 12% of 18-24 year olds are vegetarian, compared to approximately 7% of over 55 year olds, showing the growing trend of ditching meat.

To follow a vegan diet means you stay away from any products that an animal has been involved with in any way. For example, eggs and dairy are produced via the means of animal involvement. Even honey can be off limits due to the process undertaken by bees to create it.

It also extends to not using products that have derived from animals or may have involved cruelty to animals, such as leather, wool and even silk.

It is estimated that somewhere between 3% and 7% of the UK’s population are vegans. However, 92% of plant-based meals in 2018 were purchased by non-vegans. This highlights the birth and growth of the ‘flexitarians’.

There are many reasons people choose to cut meat out of their diet, however it may not be a 24/7 way of life. Flexitarians sometimes go meat-free, and sometimes don’t. This increases the intake of plant-based foods and encourages introduction of new foods, while still receiving the valuable nutrients found in meat.

Internet searches for the term ‘flexitarianism’ increased by 98% last year, showing the increasing interest in this way of life.

People may choose to cut meat out of their diet, either permanently or on certain days of the week in order to improve health – it is worth noting that nutrients found in meat do need to be replaced by other foods if totally cutting it out – reduce their carbon footprint or even save money.

Gluten is a mixture of a couple of proteins found in cereal grains that gives dough its elasticity. Gluten-free diets are especially important for people suffering from celiac disease, an autoimmune disorder in which gluten can cause serious health conditions.

Separate from this, there is the possibility of gluten sensitivity. There is no test to diagnose this condition so people often undertake an elimination diet to figure out the cause of any discomfort after eating. However, some people may just assume they have a gluten intolerance and cut it out straight away, this could go some way to explain the 48% of the population that avoids one or more ingredients.

This intolerance is caused by an inability to digest the carbohydrate, lactose, in dairy products. This occurs when the enzyme, lactase, has limited production in the body. Another cause of lactose sensitivity could be an illness that leads to gut inflammation and therefore a temporary decline in lactase production.

Lactose-free doesn’t necessarily mean dairy-free. It is thought that people with a lactose intolerance can have up to 18g of lactose a day. There are dairy products that have very small amounts of lactose, such as butter and some cheeses. A dairy intolerance could be caused by something else within the dairy that isn’t necessarily lactose.

If you would like to find out more about our services and or speak to a member of the team, contact us on 0800 169 3686 or click here to make an online enquiry.

So many moments that feel quintessential parts of our lives are experienced through food. However, as the world is forever changing, does our relationship with food have to change? No, not if you don’t want it to. But… it’s good to know that the healthier side of food can be just as nice as those […]

The Hospital Caterers Association is right around the corner, and we are looking forward to exhibiting at this year’s event. Why are we exhibiting? This is the only event dedicated to NHS and hospital catering, decision-makers from over 82% of acute UK NHS Trusts attend the event, unrivalled networking opportunities and a chance to show […] 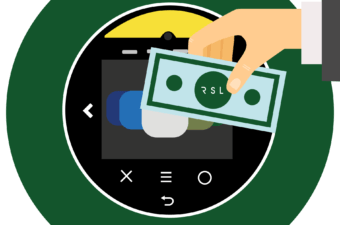 This way of vending is no more

Posted on 04/02/2022 by Evan Church · Categories: Business and Industry, Vending

It doesn’t matter how old you are, where you are in the world, throughout your life you will have used a vending machine to indulge yourself in your favourite snacks and drinks. However, as time moves on so has vending. So… now we know where we are with vending technology, what is this way of […]

The state of vending technology: Where are we?

Have you ever wondered about the science, technology and what makes a product function? You may have, but let’s talk about one particular product, the vending machine. Vending machines date all the way back to the 1st century. Long before the days of contactless payments and facial recognition. It was all about the coin-operated machine […]

With the help of RSL, we now have a machine that meets demand, makes a delicious drink and is easy to use. We’re delighted with the service that we are now looking to add further machines to different areas on campus.

I think the most important advantage RSL had over other potential suppliers was the use of the mobile drinks van. We knew we were getting quality before we switched suppliers!